Incomplete Drying Can Have Long-term Consequences for Your Federal Way Home. 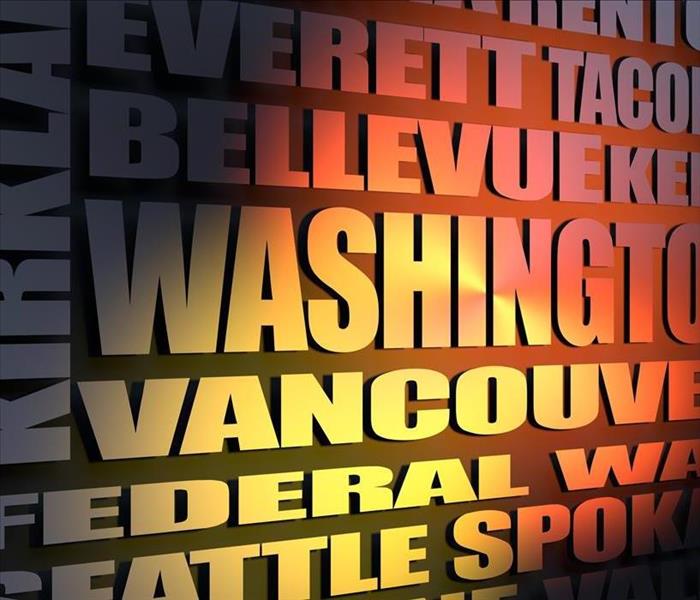 SERVPRO of Federal Way Can Expertly Restore a Property to its Pre-loss Condition.

Federal Way is a part of the Seattle metropolitan area and is among the top ten cities within Washington State. Situated in Kings County, the town has a bustling population of 89, 306 residents. The West Coast region features several state parks, forests, lakes, and beautiful natural beauty areas. Compared to many other cities in the Seattle area, Federal Way has a relatively short history that began in the 1920s with the construction of the Federal Way highway. This sizable infrastructure system is connected to trade and docking destinations along the West Coast. The consolidation of a school district within the area saw Federal Way become a residential town for those members of the site that preferred green spaces to the urbanization projects underway in the Washington States bigger cities throughout the twentieth century. While recent investments into the planning stages of a Downtown Project have shown the potential for Federal Way to expand into a business center, the relatively small amounts of retail and shopping destinations ensure that the area remains a close-knit community with strong ties to rural agricultural industries.

The quieter district of Federal Way

lends itself to many community infrastructure projects and public parks. In 2014, one of the largest producers of softwood timber, Weyerhaeuser, announced its headquarters' movement away from Seattle. The company itself had opened much of its land to the public, which features fantastic botanical gardens and the Pacific Bonsai Museum, which houses hundreds of Japanese, Korean, and Chinese bonsai trees and fine art exhibitions celebrating Asian artists throughout the year. One of the most popular parks is Celebration Park, which was repurposed from a commercial airstrip and contains 83.5 acres of green spaces, picnic areas, sports fields, and children's play areas. There are eight state parks within close distance of Federal Way, including wildlife preservation wetlands in West Hylebos and the BPA Trail, which begins in Celebration Park and expands through to the Pierce County border.

The prospect of a water intrusion event can be daunting for property owners. The extent of damages caused by liquid water and humidity can be extreme to your belongings or the structure of your home. One of the most effective methods for mitigating these losses is to ensure that the property is adequately dried as quickly as possible. SERVPRO technicians take extra care when dealing with materials in the home to ensure that we use the right response and limit damages. A one-size-fits-all cleaning approach can damage certain natural fabrics like silk, cotton, leather, or wool. Our team pre-test materials discretely to ensure that we apply the appropriate cleaning products. With our restore over replace mentality, you can be sure that our restoration is responsible and time-efficient.

Water intrusion can deteriorate quickly, causing extensive harm to contents or structure in an indoor environment. Contact SERVPRO of Federal Way at (253) 838-8999 now.